Resting tonight to wake up at 4 am for a Volcanic trek, so ya'll gonna learn today. 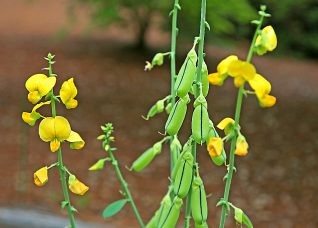 Mynor taught indigenous medicine today. He has worked at the school since its inception 27 years ago. He taught the class with a passion that I have only seen a few times in 25 years of school. It is also my own passion, so it was painful to only have four hours of the class.

As a side note, Mynor knows everyone in this city. He took us home from stove building, and literally chatted up every car and business along the way.

Before starting, a quick story. My Guatemalan abuella knows I haven't been sleeping because I worked nights the week before I came here. She also had a rough night's sleep two days ago. When I came home for dinner she announced that she had made tamales con Chipilin. "Que es esto?" I asked. "It is a plant for sleep," she replied. I ate two and slept seven hours. Yes, there is some research behind this weird cousin of spinach and it's ability to effect sleep. No, it isn't available in NorteAmerica because it is considered a nuisance since it grows fast and animals don't eat it.

So, traditional medicine. Firstly, did you know that only 44% of research studies are reproducible? I will let that sink in so that the medical students/doctors reading this will maybe ask "but is there evidence" a little less. Also, medical students/doctors, if you want research to be done on these things, you are going to have to do it yourself, there isn't the big money behind herbs and plants that there is in pharma.

For opening the airways, the Mayans use mint tea!

For diarrhea, a piece of oak bark is boiled in water, and you drink a cup of the infusion to stop the bowel movements.

For constipation, two seeds of the papaya is said to get things moving! Chew em up! These are also used in bulk as anti-parasite medication! Mynor said a student did this, but they misunderstood and took 12 (dos y doce en espanol) and had massive diarrhea, so be careful.

For stomach pain, a mix of any cooking oil and salt is mixed. The mixture is then rubbed on the belly of a baby or in adults, the mixture is placed north, south, east, and west points of the belly. You gently make t shapes with soft taps of your hand (fingers pointing up) on the north, south, west, and east spots. First hit your hand vertically 9 times to make the vertical line of the t, and then 9 times horizontally to make the horizontal line of the t. In the order of north, south, east, west. Do this for each location. It is said to clear up stomach aches.

Mexican tarragon is used in tea for menstrual cramps.

For fever, one can bathe in a bath infused with Apazote (the spice latino americanos use in frijoles to reduce gas).

Tonight, my American housemate traveled to a different city, so I leaped at my chance to nerd out with my abuella about traditional medicine. She went through her entire cabinet of herbs, much like the supplement cabinet I grew up with. She told me that you can dig deep soil out of the garden, pack it in a little cloth satchel, and put this over wounds or infected ears. She swears by it (or whatever the catholic equivalent is). She says it draws out the infection. She also told me that Fenugreek tea is good for cough. Sunflower seeds prevent dementia. Drinking juice of a cabbage for 3 months stops asthma.

For me, I hold respect for everything and try everything that is not considered harmful multiple times before dismissing it. I would be comfortable telling a patient that there are folkremedies to try because most small doses of herbs and vegetables are only going to provide nutrition and not side effects. A great app to read about safety and contraindications before trying is: About Herbs. It is all "evidence based," so the doctors don't have to be as scared.

The first steps to health are to be a normal BMI through nutritious whole foods or plant based food, exercise, and stress reduction (mindfulness). A lot of herbs won't work if the body is overcome with the work of being over-worked, over-weight, or majorly out of balance. They are a subtle medicine. I hope you enjoy them.

I'm off to climb Volcano Santa Maria tomorrow, I will follow up on Sunday. Con Cuidado! -Drea

Previous Next Table of contents

This blog requires you to be a logged in member of Travellerspoint to place comments.

If you aren't a member of Travellerspoint yet, you can join for free.